I might have actually posted this a couple of years ago, but it just came across my radar again and damn.

Musicians are more than their pop image. I wish more people understood that. But this video? Is the proof in living color.

No other moment in music matters today. Just this one.

I was talking to a friend last night and he said he hopes she's dead. At least she won't be being tortured anymore. It's a part of her probably reality that I try not to think about. 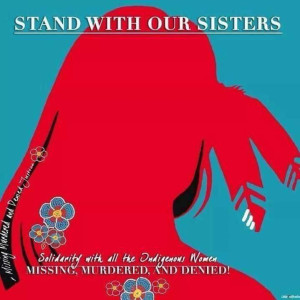 Find our women. Bring them home. We demand justice.

And if you aren't familiar with what I'm talking about - google is a thing. Our women are disappearing. From Canada through the states, into Mexico, the women are going missing and being murdered and being denied justice. 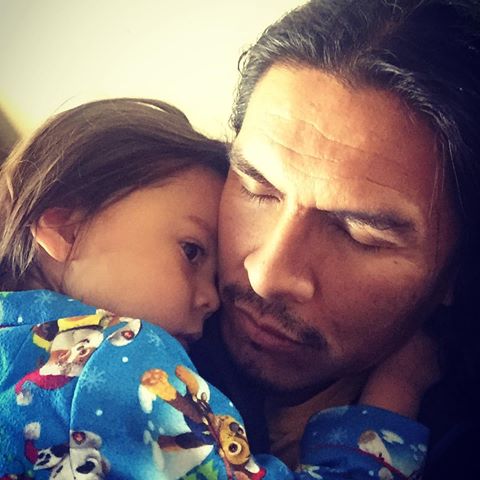 Never understood life until he came along.

It's a song my uncle Mike wrote about his experiences coming off drugs. How he was hiding from the pain of losing his twin sister (also to drugs, really) and the loss of his best friends and his relationship with the mother of his kid, and everything else had been crap.

And he wrote this amazing song that everyone fuckin hated - such a pop ballad, right? But it's one of the most painfully honest pieces of music ever written. I've posted about it before. And when I wanted to cover it for the band's first album, I stupidly thought it was just this homage to my family.

Everything came to a grinding halt last year. Still is. I feel bad for my band and we've already lost one guy to teching and working with a band that's actually making money. No one's angry, but life stopped when Merin got grabbed and I'm still figuring out how to go on ...

But since I hung up last night, I've been feeling this song so hard. It's this ... reality in my mind that I'm just going 100 in a 55, that life is so explosive and you know what, I've already lost a woman I love to it.

So yeah, decision made - we're leaving North Dakota. It isn't like Merin is even here anymore. Right now, it's in the hands of the lawyers and the hands of those of us who raise our voices to free her. If the government wanted a martyr, they're getting one. Those in the Red Warrior camp sing for her and the others who have been hurt and we are going to take her name back to everyone who thinks this stupid pipeline is a done fucking deal. I'm going back to Oregon, going to keep Lucas close to her family, and there's some really good recording places there. The guys who are still with me all said last night they'd been waiting for that decision to be made.

So here we go.

Tonight, I picked up the phone and on the other end was a computer voice asking if I could accept charges from some fucking Federal Prison and then there was a gasp and then ... her.

She needs to get out of there.

She doesn't belong there.

But she is drawing breath ...

My dad's music is speaking quite loudly right now.

Update: Since the change in administration, there is no idea of who is doing what. There are still a handful of protectors who are still incarcerated, Merin included. From what the lawyers have been able to tell, they were supposed to be processed out but instead were transferred to a federal facility. And as a result, she's lost in whatever system they've put her in. Her name shows up, but the other side is dragging their feet and trying to get her charged with some felony riot charge.

At least we know where she is. Not that she's had any access to counsel.

And of course, the pipeline is still happening.

This story, more than any other, has been the hardest one for me to find any kind of headway with. There are aspects of it that I really love -

Merin being an activist.

Jammer and Merin having a kid.

Jammer following his father into the music business/being a performing poet/good as a sound engineer.

But that's kind of where it all ends for me.

See, the catch is that I've been writing Jammer and Adryana's family for over 15 years. So there are times when the story gets twisted around in my head from my initial ideas. In addition, a lot of Adryana as an adult was crafted as I was trying to write her parallel story in Gina's novel. What I was doing in the novel worked, but when she was cut out of the novel, everything in her story kind of fell apart.

There are a lot of problems with this story, not the least of which is Adryana comes across as flat and often spoiled and Jammer tends to cycle into himself a bit which leaves me not connecting the dots on his career and things just seem to float out there. So ...

Picking up from where that rambling leaves off -

Merin and Jammer are not together romantically. They love each other, but her need to be where the action is regarding the protection of the water and the protection of her people and his desire to have his career and have that career reflect who he is and his relationship to his culture have come to a head. Before Merin went up to be with her family and then to North Dakota, they'd broken up. So they are doing their best to raise Lucas together, but he is with Merin most of the time. Jammer did go up to the camp over the winter and watched over Lucas after Merin was arrested. He is still there, with Lucas, as Merin has yet to be allowed bail and so is still sitting in a North Dakota jail. There is a feeling among those there, and her lawyer, that she is being targeted because she was a principle organizer.

Jammer's band, Raven's Wish, is dual named. It definitely has the element of sentimentality given the suicide of his first girlfriend, but beyond that, it is a connection for him back to his tribal heritage. The Raven is sacred among the coeur d'alene and part of Jammer's journey is that he is seeking that connection in a deeper way in his life. Raven's Wish has one album out and they'd just finished touring and were contemplating returning to the studio when everything broke loose in North Dakota.

Adry's journey is not as rough and tumble as I was making it out to be early on. She is, like many in New York, a working actress and dancer and when she is unemployed, she teaches ballet and contemporary dance at a private studio. That hasn't really changed. What has changed is that her knee injuries didn't sideline her as much as I'd initially written.

Adryana is a mystery to me. Much more so than Jammer, honestly. But I'm not ready to give up on her - so even though not a lot of this is different for her, I'm including her in this reset because I keep feeling like I need to. Period. The end.

So there you go.

Yeah, yeah. the easement's been blocked and the construction halted.

But the pipeline will still be built. It is being re-routed. Again.

And the new administration can do whatever the hell it wants, so quite frankly, Dakota Access can wait around with their thumbs up their asses until January 21st.

Yes, it's time for celebration. And I'm so very glad to have been here with my family.

But there are those who were arrested who are still lost in the system.

Tactics of war were used against native people.

And there are pipelines planned up in Canada and over in the Pacific Northwest - you know - my father and Merin's country.

So don't think this is over.

This is a breath.

And I still don't know where the hell Merin is. What scares me is that I don't think the feds do either. I think she was processed into a dark hole of nothing and is lost in a system designed to lose people.
Collapse