Looks like my parents are going to get hit by Hurricane Erika.

I miss Guatemala.  How is it possible or even fair to want to be in two places at once?

I've been thinking about all the reasons why I wanted to come out here.  So far, Chris loves it, my kids love it.  I'm confident it was the right choice for our family.  But my day today gave me a slightly different perspective.

On my way back to Albuquerque from Las Cruces, my truck broke down.  In the middle of nowhere.  And my first thought was "oh shit does my radio still work?"  And it did.  But I still had to wait.  And I sat there and sat there and sat there.  And I started thinking about something Christina said over the weekend.  She was teasing me because we ended up in Texas instead of Roswell.  She made a joke about finding our dried bodies.  It was funny at the time.  But as I'm sitting there, way up on a hill far from the truck, I started thinking, "what if they forget to come?" and "what if they don't see me up here?" and "what if they think I walked back to the city?"  Things like that.  I worked myself into a panic.  I'd convinced myself someone was going to come up from behind and drag me out into the desert.

The tow truck eventually showed up and I obviously got home okay, but it left me drained.  And it got me thinking.  Maybe I was drawn to this place to face my demons.  I spent a few days in Mexico last year, I faced the biggest ones, the ones that tower over me.  And then in Guatemala, I found myself and I found my spirit and my soul and my life.  So here I am, to face the more everyday monsters, the ones that I know live under our bed and on dark, desert highways at night.  These are the smaller monsters who live in bars and stand out in my truck's headlights.

It's not el chupacabra.

The New Guy from New York.  I became a publicity shot today.  I knew they were going to do it, I just didn't know when or where.  The truck doesn't belong to me and I have no interest in buying one again, but I shouldn't have to because I'm just going back and forth between cities.  I showed it to Christina tonight and she said she's proud of me.

Real life starts on Monday.  And I didn't get into the university.

The kids and I got to Santa Fe yesterday afternoon.  I'm trying to make this fun for them because it's just us in an empty apartment.  They've never moved before and even though they're not staying permanantly,  I think they're still excited about a new apartment and a new city.  They're fascinated by how much space the place has without anything in it.  They ran around in the yard for a while and swam in the pool until dinner.  We had brought sleeping bags with us, so we camped out in the living room with the balcony door open.

Today we went out for breakfast and then spent the day wandering around El Rancho de las Golondrinas.  It's like Plymouth Plantation, you know, a living history museum.  Like the mission Chris' mom volunteered at for a while.  It recreates Spanish colonial ranch life.  Sebastián went around talking to all the docents in Spanish. 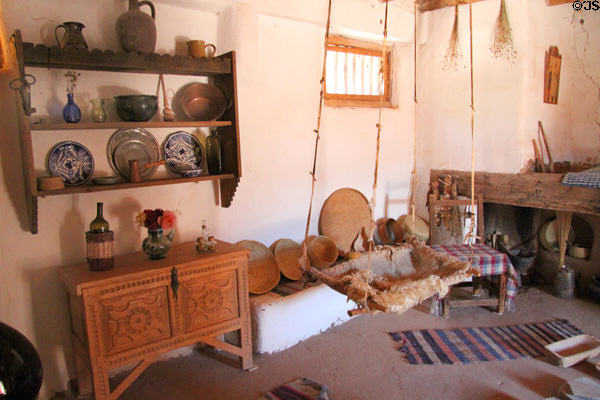 Seb's decided he wants to live here now because everyone is like us.  There's one brown person for every white person.

I think this is going to just be a rambling update on the weirdness of my life for those that give a shit.

Heading to New Jersey tomorrow.  My ex-wife got in to Guatemala City tonight.  I miss those amazing kids I was teaching and I feel a little bit like I don't know what to do with myself.  But, tomorrow night, I have to pick up my kids from my brother's place in Manhattan and bring them back to their house.  Christina's apartment is mostly packed and there's literally no room for two kids.  Which means I have to stay at my ex's place with the kids and that is all kinds of weird, but she has a guest room and it's only for a week and I'll survive.

Next weekend, the kids and I go to Santa Fe.  Christina joins us a few days later.  Somewhere in there, our respective furniture should show up, hopefully on the weekend as planned.

And then the last Monday in June, I go back to FedEx with my pension and all in tact.  Driving a truck.

I don't know that it's all what I expected.  It's mostly what we planned.  Feels weird to have things going mostly the way we want without life blowing up in our faces.

My ex and I were sorting out details tonight about who's going where and when. I'm actually going to stay with Abuela for a week, until my son finishes school. Then Lu and I are switching places. It makes things a little complicated because Christina is in the middle of packing up the apartment so she can be out by the end of June. What will probably end up happening is we'll bring the kids to Santa Fe and treat it like an extended vacation.

Somehow, Lu and I got on the topic of Mayan languages and the Maya in general. Apparently there's a bit of lore that's been passed down for God knows how long, that supposedly her family is descended from Pacal. Impossible to prove but fun to think about.

I told Christina. She laughed and sent me this screencap. She says I look like him.
( Collapse )

Christina isn't going to the interview with Lockheed because of things that were said here.

Christina got contacted by Lockheed-Martin yesterday. They want her to come for an interview, though it's not actually for the job she applied for but something similar. She's freaking out a little now and wants me to come see her before she goes. I'm going to see if I can do a little bit more than that though because she has a tendency to put herself down and I want her to know she's better than she thinks.
Collapse