My hands shake constantly now. It's almost impossible to climb to the saddle and ride, but I do every day. I have a plan in place to keep the ranch moving forward. I need it. Because the Huntington's is moving on me, without my permission. A fight I won't lose without landing a few last punches, but I'm not going to win.

Some fights, you can't win.

I just ... hope ... after this disease finally claims me ... the messages in this song are remembered ...

She left in August after the last rain of the season. Summer storms in the desert are violent things, and clean, they leave you feeling like you have cried.

I have three pregnant girls. Two more who were kicked out of their homes. Three who were removed by force. And what, another twenty or so with differing versions of those issues. And every single one comes here terrified and every single one, by the time they're done with their first hour, are clinging to a horse and sobbing out their fears and frustrations. They come so angry. So terrified of everything. So ready to fight. And they don't trust humans. Of course they don't. Why should they? Every human ever has hurt them. But that horse ... that horse hasn't yet.

One of my teens when into labor today. One of the things I love about the group of young women who come here to volunteer, they're also all bonded together. And when she went into labor, they gathered around her, they got her to the car, and they're still all there at the hospital, refusing to go back to their respective foster or group homes, or even the shelter because their friend is having a baby and is terrified and they're going to be there for her because she's at the shelter and doesn't have anyone.

I can't save them. But damn if it's not amazing watching them save each other. 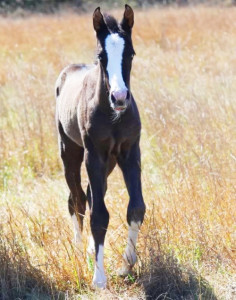 The kids haven't named her yet.

We lost one of our old faithful's today. He just couldn't keep going on. Losing these guys is like losing a limb. 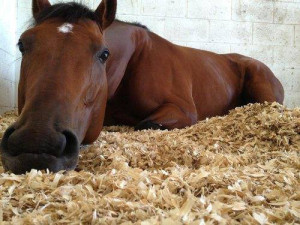 Kelly is having none of your crap today. She is however, having a snuggle party in her stall.

I actually didn't have an answer.

It's been a Huntington's Day. It's actually been a Huntington's couple of weeks. I'm dropping everything. I'm tripping on the stairs down from the porch. If I have to chew it, I'm probably not eating it. I haven't been on a horse in a week. Usually, I do pretty well. But this has just been a good look at my future. It isn't pretty.

Nothing harder than making the decision to put one of our family down. But Patches can no longer stand up. She is in constant pain. The kids have spent time with her today, saying their goodbyes. It always breaks my heart when their bodies give out before their brains are ready to go.
Collapse