I read up on some of the Paramedic programs around here, trying to figure out where I want to go next. I looked at St. John’s, which isn’t a degree program (but counts towards a bachelors degree) and I looked at LaGuardia, which is an AAS program.

There was one thing about both programs that wasn’t really a surprise, but still made me stop and think. The whole second year is made up of different clinical rotations in hospitals (and obviously ridealongs). So you have your weeks of following ER doctors and labor/delivery doctors and ICU doctors. Actually, it might be nurses, but whatever.

There is also a psychiatric rotation.

I have spent more than my share of time in the ER and ICU and maternity wards, but it's two shifts in the psychiatric ward that threw me. It's a minimum of 16 hours, I would survive probably without even realizing it. Doesn't mean I'm eager to do it, though.

I’ve never accomplished anything in my life and somehow I managed to accomplish this. I think once I get my physical credentials, I’m going to get a set of those EMT license plates for my car.

God, our house is small.

Lang's therapist came and sat with her for a while this afternoon. I was able (encouraged) to go home and my sister and mom had the girls for the afternoon, so I could get done the few things I needed to do before the weekend. Everybody will be coming home either tomorrow or Sunday. I'd forgotten what it's like to not spend every waking moment in the NICU. 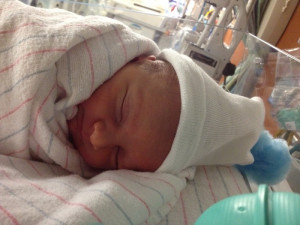 I think it's interesting how life has a way of leading us down paths we never could have imagined. Once upon a time, I thought music was where I was supposed to be. Even as recently as a few years ago. But it never made me feel complete. Honestly, I could take it or leave it. We're not talking levels of enjoyment here. We're talking astronomical levels of passion. I never had that.

When Aimless Priest had that brief flirtation with Warner Brothers, I was along for the ride and high enough most of the time that I just did what was asked of me. I went along with Lang to be supportive. And don't get me wrong, I love my guitar, but given the opportunity to purse something on my own, I never had any interest. It's more than a hobby, but less than a dream.

I guess that was a longass way of saying I’ve approached Lang about...not touring with her. She was understandably really angry because I’d already said I would play. I’d already agreed to be a temporary part of In Leven for a year or two. But I honestly think she doesn’t need me and I could pursue things I want to do. The idea was that I’d be there to hold her hand, metaphorically and otherwise. But she has come so far.

I have a big exam coming up in a few weeks and assuming I pass, I’ll get my certification. My ultimate goal has always been to sign up with the FDNY, but I was thinking this week. There are two options I’m considering. Get my cert, get a job with a private ambulance company and take the civil service exam when it comes around in September and then hopefully get called up. Or, instead of the civil exam, I enroll in a paramedic program at BMCC or LaGuardia. But that’s an actual degree seeking full time 1 to 2 year program. Then if I went on to the FDNY from there, the pay would be better. Neither are the six figures I’m making now.

I got home too late to pick the conversation up again and tonight wasn’t much better. I don’t want her to feel like I’m abandoning her or betraying her somehow.

Sometimes I like to look at those Facebook memories things and see what stupid shit I said. So, out of curiosity, I went back to last April here to see what I said.

On the 27th, Lang was waxing existentially about Cars 3, so I check the 26th and the 28th. I had to go all the way back to the 16th to find something from me and it was just whining about being wet and still working at 8:30.

A friend told me today that his wife is filing for divorce. He felt blindsided and said she told him she doesn’t want a roommate anymore.

It got me thinking. I’m not present in my life. I’m too busy trying to stay busy to avoid any down time.

I was going to talk to Lang about it, but she was asleep.

I'm thinking about taking Anneke and Santana on their first camping trip. Maybe MJ, too. Probably late April or early May, when the weather is a little warmer and before their baby brother arrives.

Taking this EMT class is one of the best things I've ever done in my life. I have been absolutely swamped with life and work and studying, but it's worth it.

In May, before the course ends, we'll be getting field experience. I'm really looking forward to that. I'll probably stay with UPS for a little bit after for practical reasons, but once Lang gets back to doing her thing, I'll probably say goodbye to Brown.
Collapse